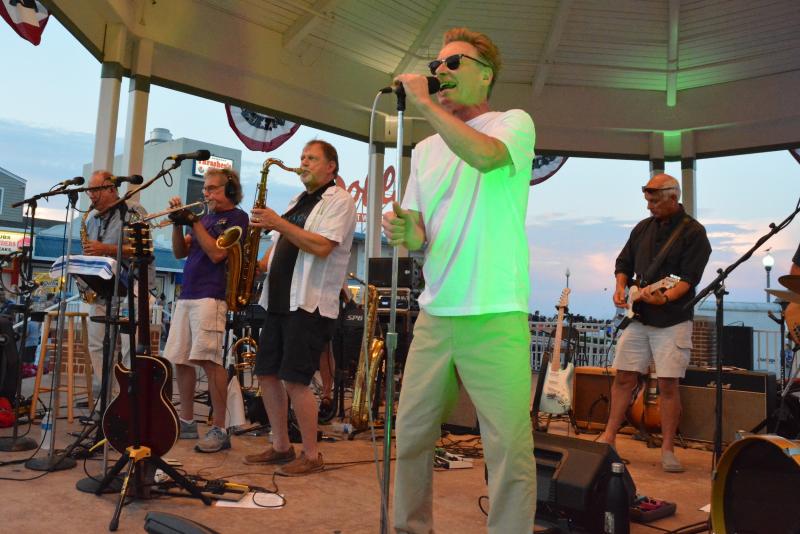 After its cancellation last year, Rehoboth Beach is planning to bring back the popular Summer Concert Series at the Bandstand for 2021. Pictured is local favorite The Funsters. FILE PHOTO
Chris Flood
March 24, 2021

Rehoboth Beach is bringing back the city’s popular Summer Concert Series at the Bandstand this year.

Similar to everything else for the past year, the concerts were canceled last summer. City Manager Sharon Lynn announced the return of the concerts during a budget discussion March 8.

There will be some normalcy, said Lynn, recognizing a serious lack of normalcy in everyone’s life right now.

Lynn was prompted by a question from Commissioner Edward Chrzanowski, who wanted to know why there was $135,000 for programs and expenses at the Bandstand in next year’s proposed operating budget. Commissioners officially passed next year’s budget, which begins April 1 and includes the Bandstand funds, during a meeting March 19.

Corey Groll, Bandstand program director, said the annual showcase of artists was greatly missed last season. While following safety restrictions, the city is working hard to bring back the joy and happiness that only live, outdoor music can provide, he said in an email March 22.

Groll said the city has been working closely with the state to develop clear entry/exit areas, sanitizing stations and a reduction of bench seating in order to assist with social distancing requirements.

“We are confident that the methods we are introducing will allow for a safe and enjoyable evening for all involved,” said Groll.

The schedule will be released to the public Thursday, April 1. Groll said the city is working to hold entertainment from 8 to 9:15 p.m., Fridays, Saturdays and Sundays, from June 11 through Sept. 4.

Groll said there have been some adjustments to the schedule because not all musicians are comfortable performing in public yet. However, he said, the city is doing its best to work with as many talented acts as possible.

“We are lucky to be one of the premier venues in our area. For that reason, we have plenty of acts to work with,” said Groll.

While having concerts at the Bandstand will feel good, not everything will be normal this year. During the budget meeting, Lynn did say, as of now, there is no expected reopening date for the convention center, and the decision is still out on the July 4 fireworks. The city has until June 1, Lynn said, to decide about the fireworks.

For more information on the Summer Concert Series at the Bandstand, including anticipated performers, go to rehobothbandstand.com.

Search the full MLS and Exclusive Property Listings.
(Prices and inventory current as of May 16, 2021)